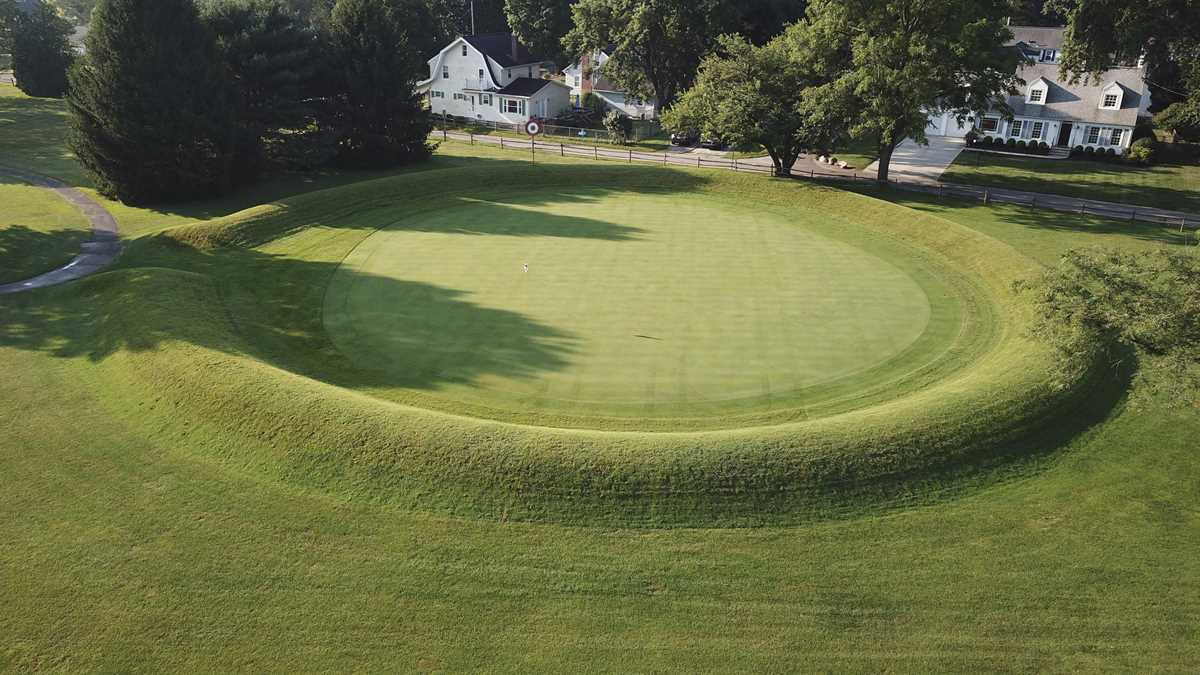 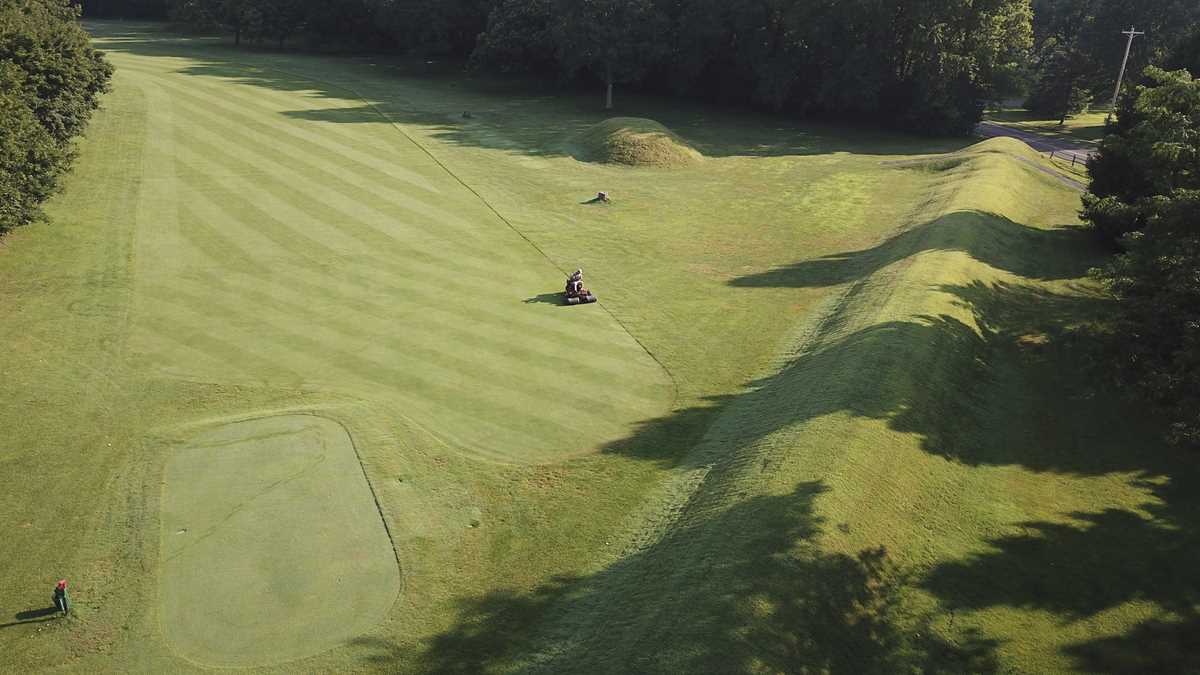 A groundskeeper mows near the flat-topped mound that is part of the 50-acre octagon at Moundbuilders Country Club at the Octagon Earthworks in Newark, Ohio, July 30, 2019. The Ohio Supreme Court ruled Wednesday, Dec. 7, 2022, that the state’s historical society can proceed with efforts to gain control of a set of ancient ceremonial and burial earthworks currently maintained by the country club. (Doral Chenoweth III/The Columbus Dispatch via AP, File)

COLUMBUS, Ohio (AP) — Ohio’s historical society can proceed with efforts to gain control of a set of ancient ceremonial and burial earthworks currently maintained by a country club where members golf alongside the mounds but access to the public is limited, the state Supreme Court ruled Wednesday.

At issue before the court were the 2,000-year-old Octagon Earthworks in Newark in central Ohio. The Ohio History Connection, which owns the earthworks, had sought to reclaim a lease held by the Moundbuilders Country Club to turn the site into a public park.

The historical society, a nonprofit that contracts with the state, proposed the site along with other ancient sites in Ohio for nomination to the UNESCO World Heritage List and argued it must control access to the earthworks for that nomination to proceed. But the society said its chief goal in taking over management of the earthworks is improving public access.

The court ruled 6-1 that the society can proceed with efforts to break its lease with the country club, which expires in 2078. Justices upheld two lower court rulings that found the society has not dealt with the country club in bad faith and has met the necessity standard for invoking eminent-domain rights. The high court sent the case back to trial court for resolution.

“This is an important win,” said Ohio Attorney General Dave Yost’s spokesperson, Bethany McCorkle. “The court’s ruling enables the state to move forward with its plans to allow the public to visit this important piece of Ohio history, and indeed world history.”

A lawyer for the club did not return a call seeking comment.

American Indians constructed the site nearly 2,000 years ago. The layout of the earthworks, including eight long earthen walls, corresponds to lunar movements and aligns with points at which the moon rises and sets over the course of the 18.6-year lunar cycle.

Numerous tribes, some with historical ties to Ohio, want the earthworks preserved as examples of indigenous peoples’ accomplishments. The National Congress of American Indians, the Inter-Tribal Council representing tribes living in Northeast Oklahoma and the Seneca Nation of New York State are among those endorsing the historical society’s application to the heritage list.

Designating the Ohio earthworks as World Heritage Sites “would protect the earthworks from further development and destruction and be places to honor indigenous achievement,” the National Congress of American Indians said in a letter of support.

In 1892, voters in surrounding Licking County enacted a tax increase to preserve what was left of the earthworks. The area was developed as a golf course in 1911, and the state first leased the 134-acre property to Moundbuilders Country Club in the 1930s.

A Licking County judge ruled in May 2019 that the historical society can reclaim the lease via eminent domain. That ruling was upheld last year by the Ohio Fifth District Court of Appeals.

The club challenged the attempt to take the property, saying the Ohio History Connection did not make a good faith offer to purchase the property as required by state law. The country club says it has provided proper upkeep of the mound and allowed public access over the years.

In her dissent, Chief Justice-elect Sharon Kennedy said the trial court erred by failing to consider “the speculative nature of the necessity” of the historical society acquiring the property. She said she would have ordered that court to reconsider what the correct factors are for determining necessity before requiring the club to turn over the property.

A 2003 agreement between the historical society and the country club allows full, unfettered access to the site four days a year. The agreement also allows public access during daylight hours from November through March and Monday mornings the rest of the year, as long as the club hasn’t scheduled golf activities those days.

The historical society argued that public access to the site has actually been restricted since the 2003 agreement, with individuals and groups finding it increasingly difficult to schedule visits around golfers’ playing times and course maintenance, including pesticide and herbicide spraying.

Attorneys for the country club — referred to as MCC in court documents — contended that the historical society’s true intent for acquiring the country club’s property is to secure the World Heritage listing, which is a highly competitive process with low success rates, country club attorneys said in a September 2020 court filing.

They also alleged the historical society has neglected a nearby ancient earthwork known as the Great Circle, which it has operated as a park for nearly 80 years.

The historical society argued its proposal in 2020 to buy out the lease for $1.66 million was a good faith offer based on an independent appraisal, and that its primary goal is public access. The historical society denied the country club’s allegations that its plans for the site are contingent on a World Heritage list placement.

Creating a park at the Octagon Earthworks would “enable the History Connection and others to conduct research on the site on their own schedule, which would, in turn, allow the History Connection to better educate Ohioans (and the world) about the Earthworks and their historical importance,” Benjamin Flowers, the state Solicitor General, said in an October 2020 court filing. 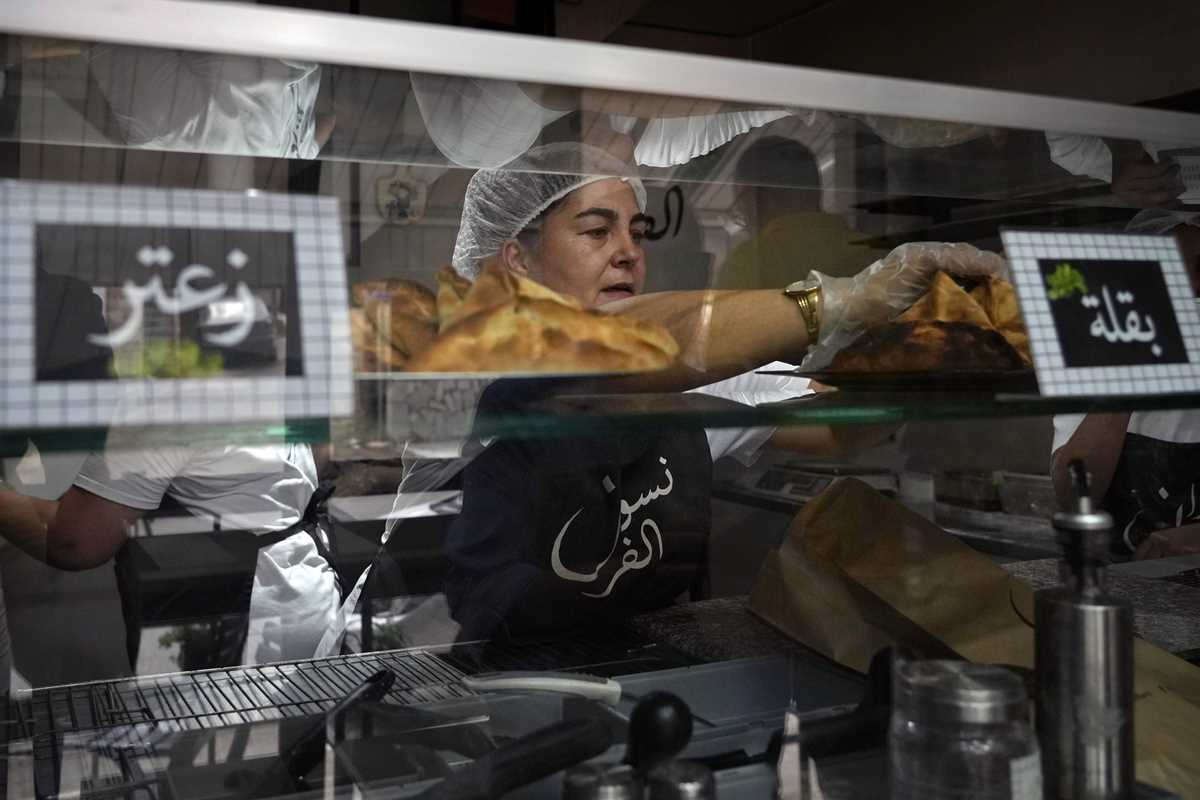 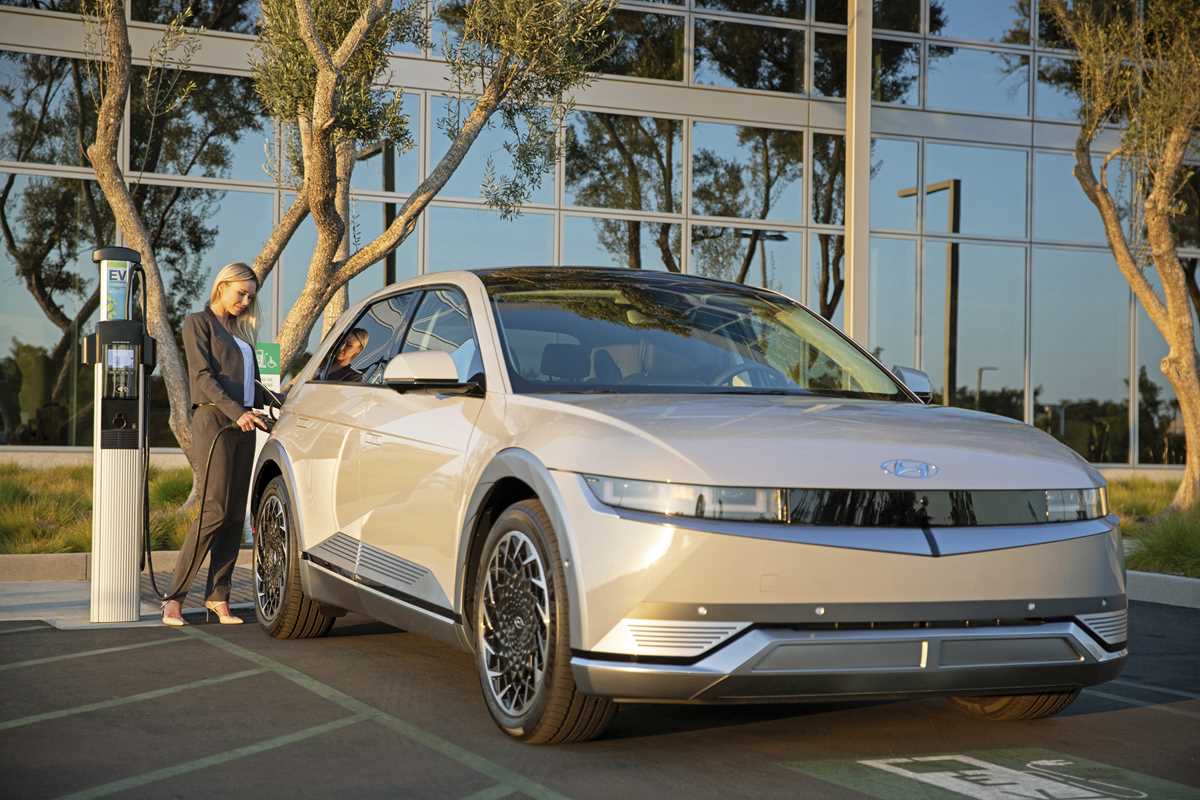