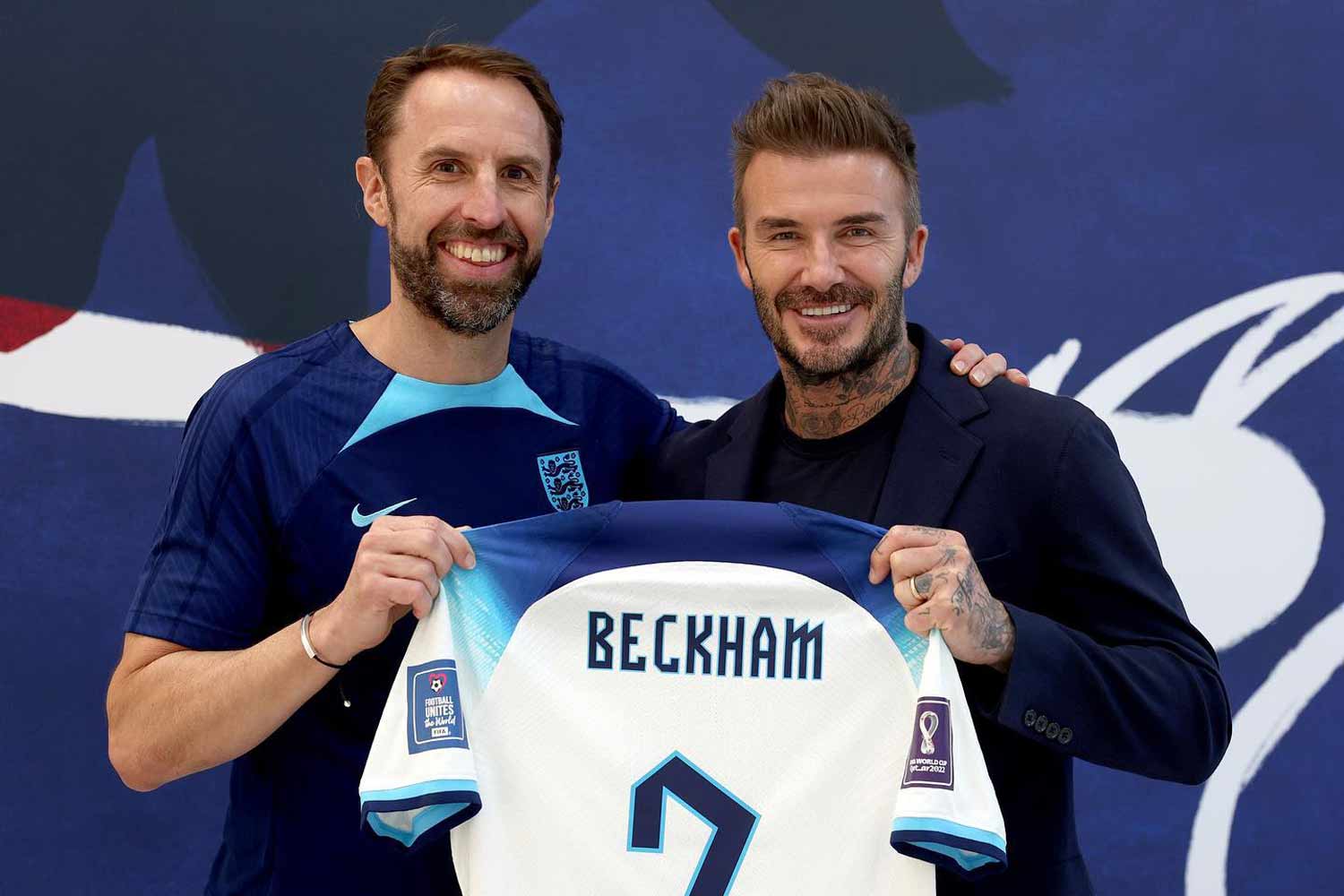 David Beckham has been spotted in the England training camp, with England coach Gareth Southgate. The image has fans begging the iconic (and very much retired) number 7 to lace up once more for England for their upcoming clash with France.

Much of England might write David Beckham off when it’s convenient, but intellectual snobbery and accent bias has its limits. Everyone wants the World Cup to “come home” and if what it takes is 47-year-old David Beckham joining the England training camp (even after he was recently called a “trained seal” thanks to his promotion of the Qatar World Cup) then… go for your life.

Beckham’s visit appears to have done the squad no harm either, with the team beating Senegal 3-0 after his visit, with Jordan Henderson, Harry Kane and Bukayo Saka all getting on the scoresheet.

During Golden Balls’ visit to England’s Al-Wakrah training base, Beckham met with Southgate, who presented him with his three lions legacy shirt. The official English football team’s Instagram account shared this moment, captioning it: “Gareth Southgate has The boss presenting @davidbeckham with his #ThreeLions legacy shirt!”

Beckham responded: “What a pleasure ❤️ Thanks to the Boss for my gift ❤️ @england.”

The top comment on the post, with 317 likes, was “Can he play Saturday?” Other Instagram users debated Beckham’s theoretical inclusion in the squad, with some saying his style of play wouldn’t suit today’s game, and others calling Southgate to “get him on the pitch.”

Others indulged in a little nostalgia (remember that goal against Greece), making comments like: “He looks like he could still play. Kinda wish he did.”

He also appeared to have been spotted talking crosses with attacking full-back Trent Alexander-Arnold.

England will take on France on Sunday morning at 6am AEST.

Thomas Zeeb Resigns from the Executive Board of SIX after 14 Years ⋅ Coinsprediction.net

Coinbase reports $1.10B loss in Q2 as assets on exchange slump ⋅ Coinsprediction.net