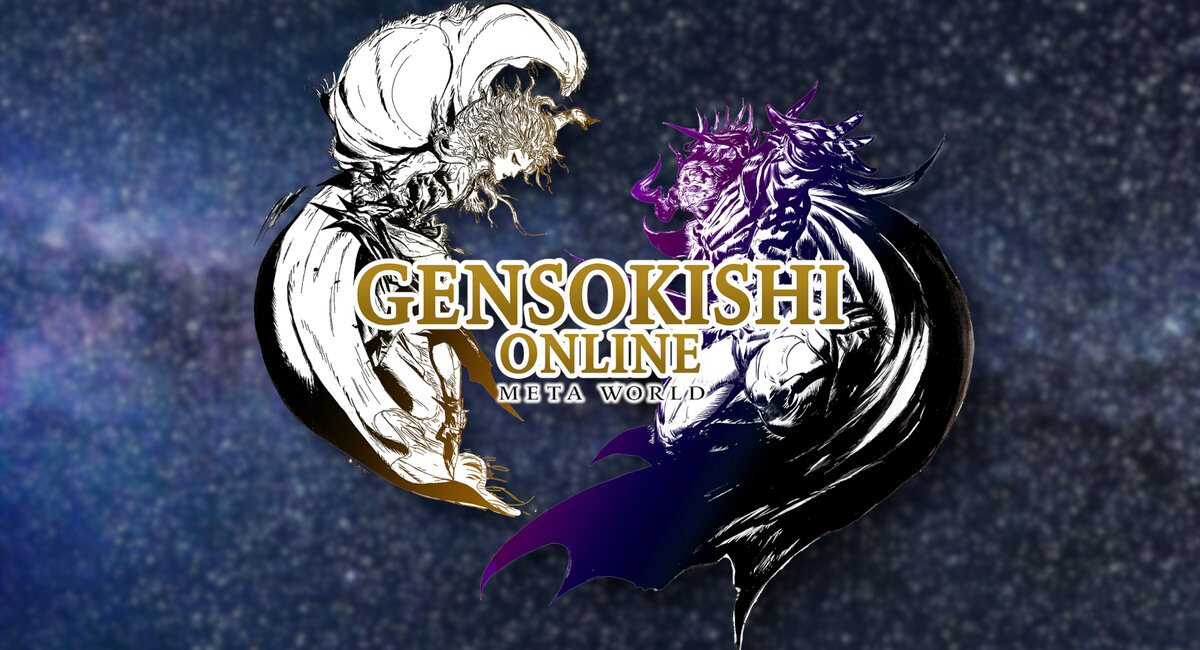 GensoKishi Metaverse is a comprehensive GameFi project that presents an elaborate 3D MMORPG universe and empowers its ecosystem with native MV tokens and NFTs. The project, inspired by the mobile multiplayer game Elemental Knights Online, which has a huge player base of over 8 million gamers, transferred the popular in-game universe to the Polygon (MATIC) blockchain.

GensoKishi offers both a simple gaming experience that anyone can play with their desktop or mobile device, as well as economic and earning opportunities for the game. The project has adopted the play-to-earn concept, which is frequently preferred in the metaverse field. Rare NFTs released via online auction will form the basis of the GensoKishi universe.

GensoKishi released in late November, after an NFT presale that sold out in under 7 minutes

GensoKishi Online – Meta World was officially released on November 30th. The new Web3 version of the game allows NFT trading of in-game items and avatars for immersion in the metaverse. The MV token, the game’s native digital assets, powers this fantasy universe. The in-game currency can be converted to ROND, the cryptocurrency released by Genso, and listed on Bybit. This means that the in-game money obtained by playing the game can simply be converted into fiat currency, which we’ve seen in numerous Play-to-Earn (P2E) gaming titles over the course of the past couple of years.

Your avatar determines your appearance in the Metaverse. Avatar NFTs, called cosplay NFTs, have also witnessed valuable collaborations with prominent game designers, such as Yoshitaka Amano, for instance. On November 20th, the GensoKishi team held an NFT presale in collaboration with Amano, which saw a great deal of success as the entire collection sold out in under 7 minutes.

Players spread across the globe can easily interact with each other in the metaverse. Users who defeat monsters by entering dungeons with their friends enjoy spending time together in the same online environment.

Any player must be strategically equipped with optimally powered NFT weapons to attack monsters in various dungeons. Users destroy monsters by attacking them in their own way, as finding the right balance between a methodical approach and fast-paced teamwork is mandatory.

The GensoKishi team has a number of updates in the pipeline that are aimed at improving the gaming experience, and enriching the platform with additional features. Some of them include:

You can experience the metaverse fun at its best by playing GensoKishi Online – Meta World on WebGLs (Windows, MacOS) and mobile devices (Android, iOS).

The functionality of the GensoKishi game continued to be developed throughout the alpha and beta versions with the participation of the community. Various functions such as importing and exporting NFT/FTs continue to be updated as well. After the LAND sales scheduled for December, users will be able to design their own maps and kingdoms with the UGC function. LAND Viewer will also be released in December, allowing users to view the distribution of LANDs across many regions of the Genso universe. Moreover, Genso will gift 1×1 LAND to 3 people in the community to celebrate the launch of LAND.

The GensoKishi map has a total of 400 x 400 (160,000) plots, and the LANDs are of three different types. The names of the species that vary according to the size of the plots are LAND, ESTATE, and LANDMARK.

LAND can be used as a studio to hold a special exhibition, a space to get together with friends, a stand for advertising activities, or a space to build your own home and outfit it with NFT furniture items. This field of a 1×1 plot can be expanded using the $MV token.

ESTATE, on the other hand, is a medium-sized parcel of land that is generally expected to be used for commercial use and can be used to build RPG castles, dungeons, and similar structures. Users can build medium-sized structures here. Its dimensions are 2×2, 3×3, and 4×4.

LANDMARK is the largest land allocation in the Genso Metaverse and is the capital of a single region. A huge data capacity is given to LANDMARKs, and LANDMARK owners can freely express their worldview in these areas. Even the name of the owner of LANDMARK is recorded in the metadata of the corresponding LAND_NFT. Its dimensions are 3×3, 4×4, 8×8 and 12×12. 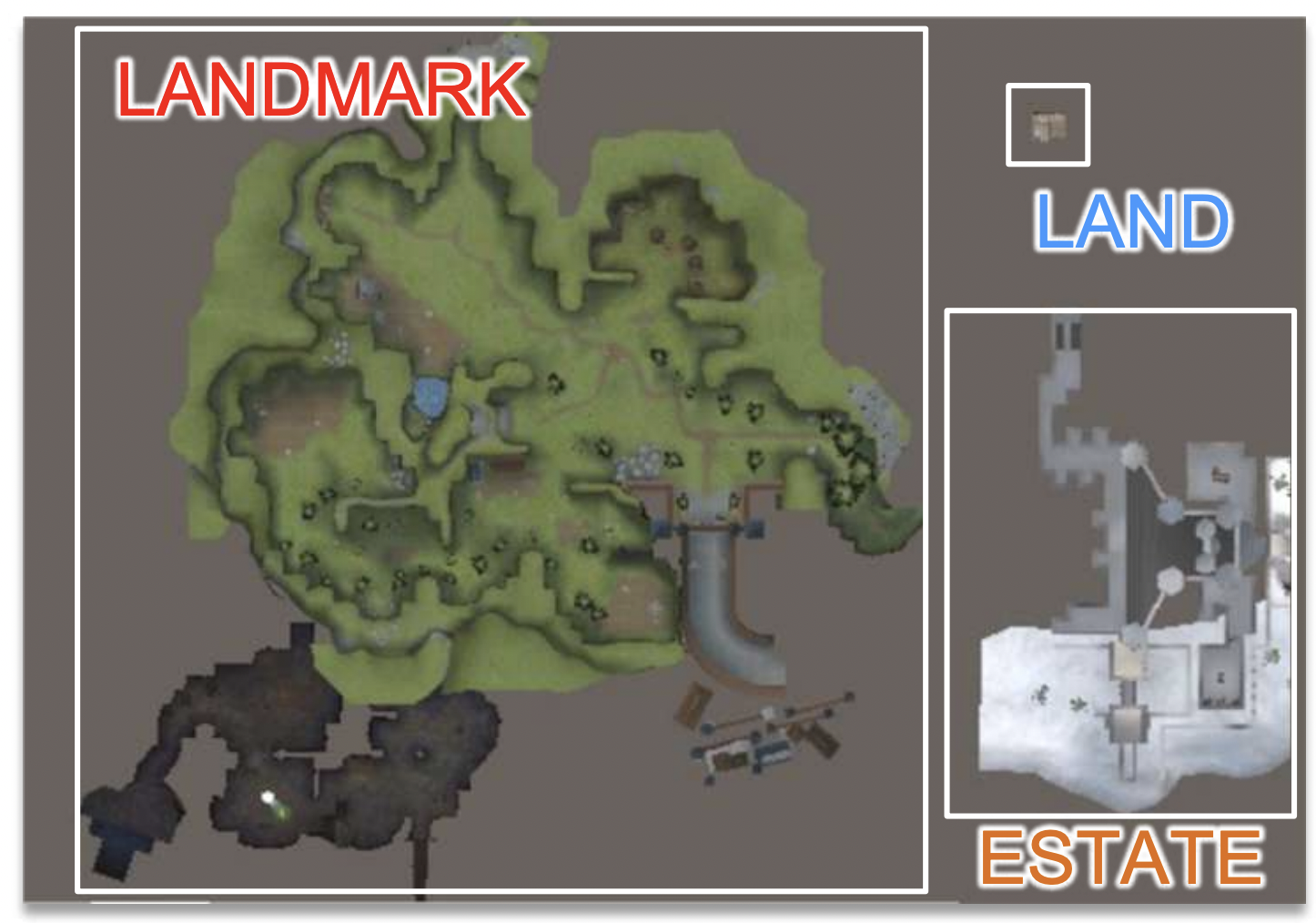 The sale of the lands will be conducted in December, and the sale price and sales quantity will be announced soon.

How do you earn money when you own a Land?

Landowners have the opportunity to earn money by running many types of businesses. Monetization mechanics are usually related to NFTs that are tokenized and brought into play with UGC.

Campaign organized in partnership with Ledger 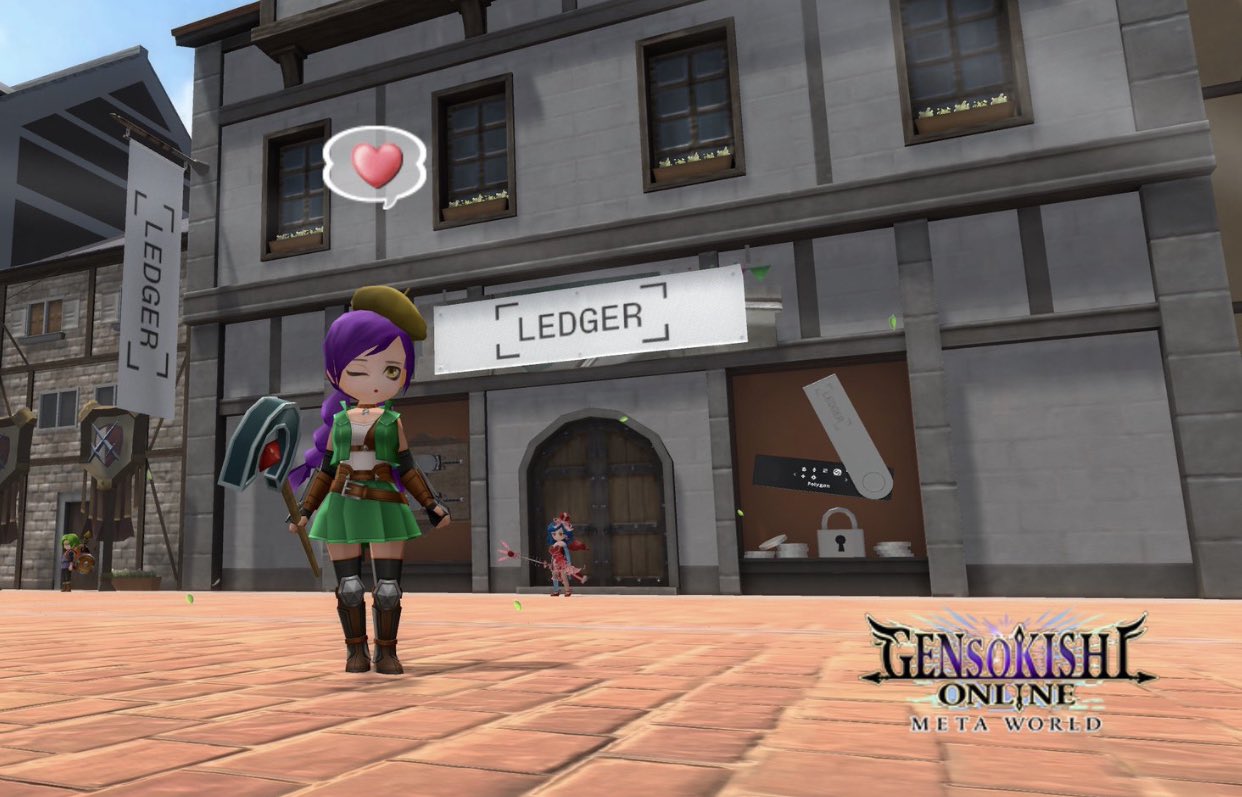 New stores are opening in the famous Genso Mall of GensoKishi Metaverse. Ledger, the world’s most famous hardware wallet manufacturer, is one of the brands that opened a store in the mall. In Genso Metaverse, which targets millions of new players to enter the world of Web3 and blockchain, the Ledger store will be the stopping point for those who want to educate themselves about hardware wallets and blockchain security.

Ledger has also created an in-game item NFT called “Ledger Nano Sword”. The first 80 people to purchase this item will receive a Ledger Nano X in collaboration with Genso.

Metaverse projects that create virtual lands, allow building on them, enable in-game NFT item creation, and provide space to both improve online forms of interaction and create a digital economy hold great potential for the future. GensoKishi adds 3D gamification skills to all of these.

GensoKishi is getting ready to launch a land sale after witnessing many improvements and improvements since its beta launch. It is a project worth following closely for updates. 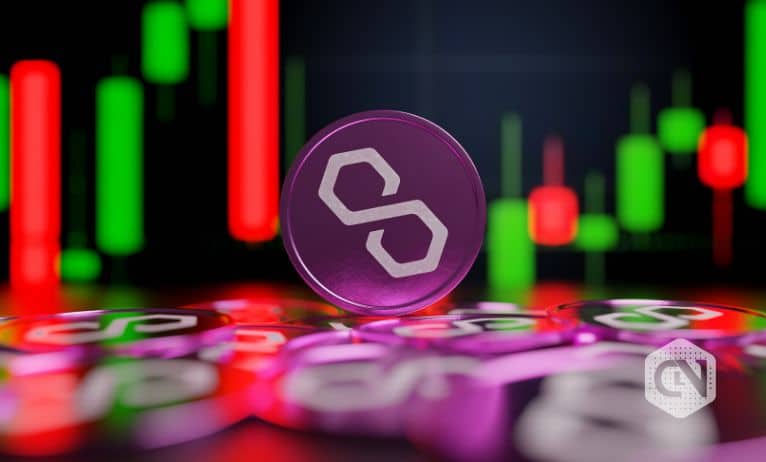 Polygon (MATIC) battles with $0.95: Is another drop coming? 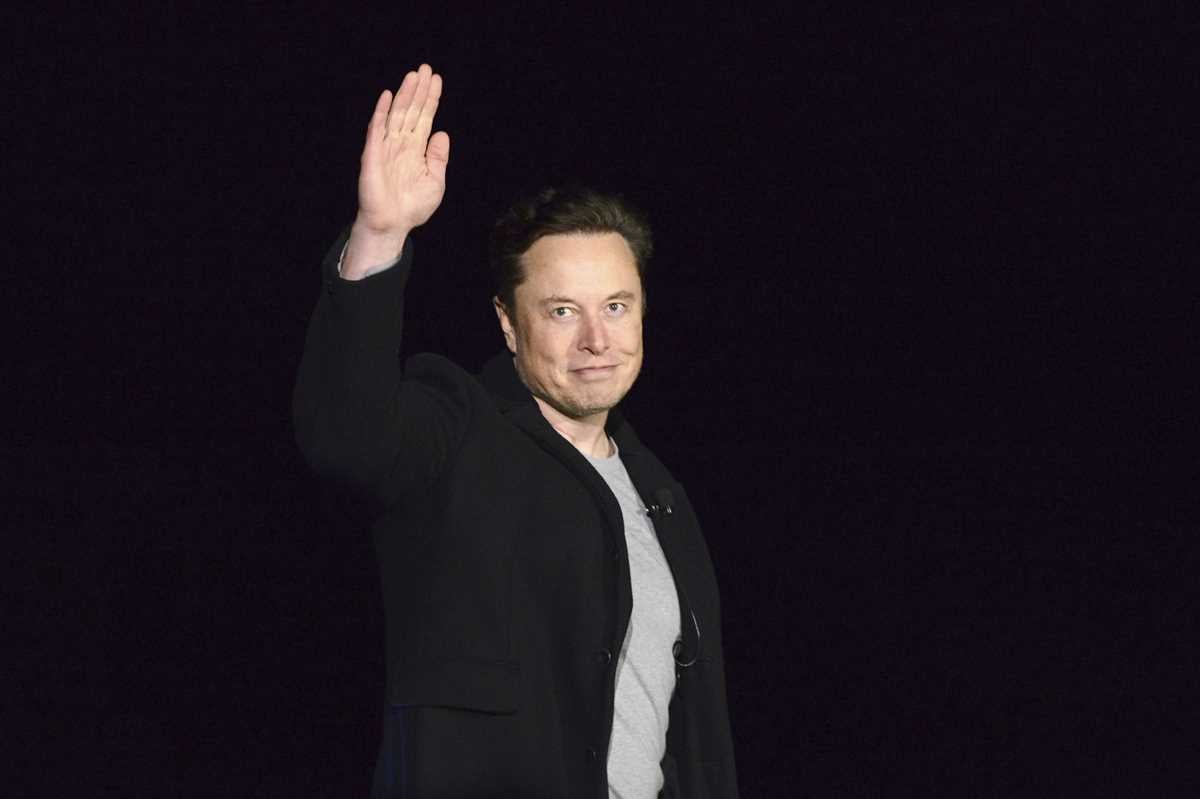 EXPLAINER: How Elon Musk is changing what you see on Twitter 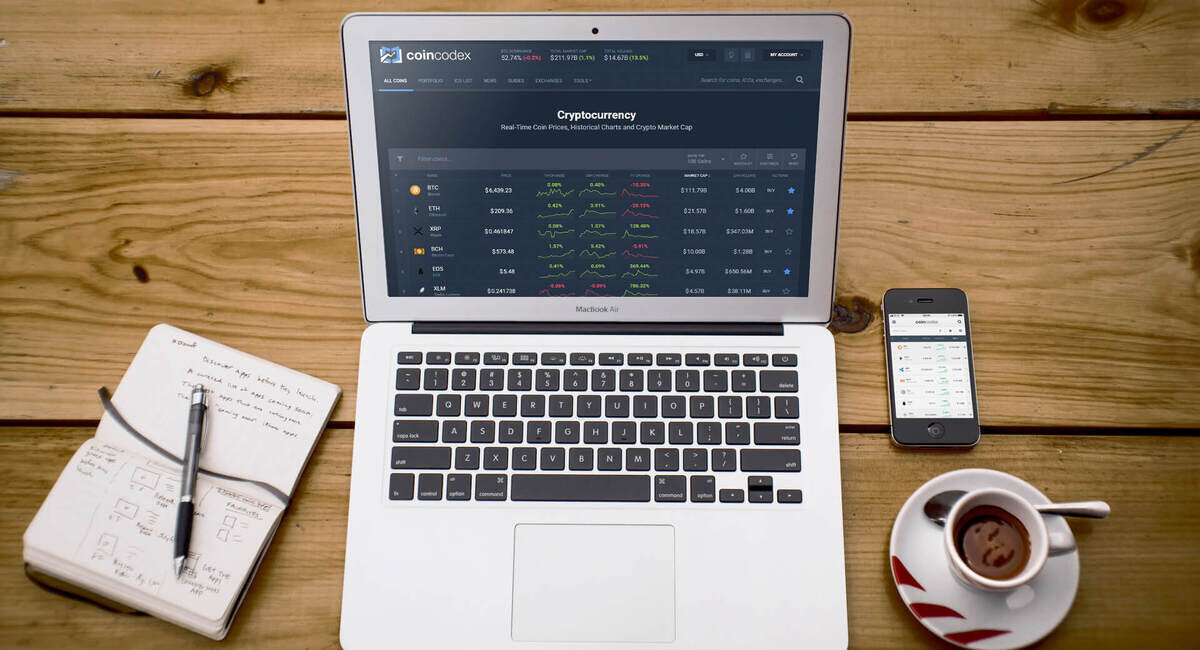