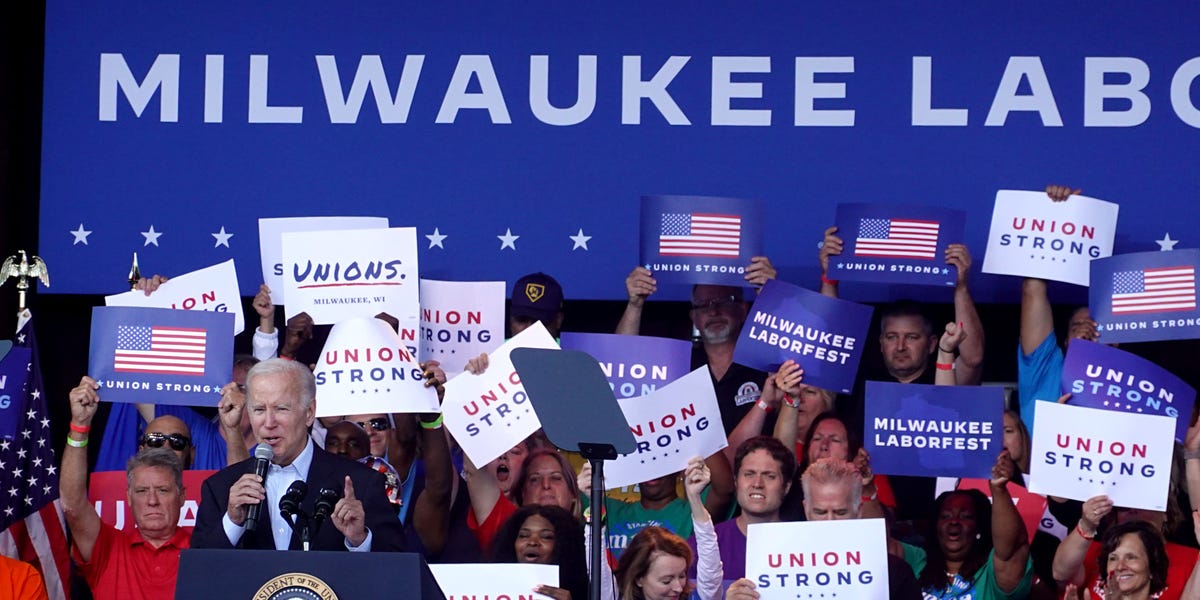 Pennsylvania, Wisconsin, and Michigan: Get ready to hear a lot about President Joe Biden’s record.

The pro-Biden super PAC Unite the Country plans to target those battleground, Democratic-leaning states with a messaging blitz once Biden officially announces he’s running for reelection.

“These are states that are true, kind of Joe Biden, blue-collar Democrats, that he needs to win reelection,” Amanda Loveday, a senior advisor to the group, told Insider.

Biden is eyeing a run for reelection and has said he expects to make a decision by early 2023.

“This is, ultimately, a family decision,” he said during a November 9 news conference. “I think everybody wants me to run … We’re going to have discussions about it.”

Unite the Country, a political committee that may raise and spend unlimited amounts of money to advocate for Biden, is getting ready. It’s planning to promote his announcement when it happens and then communicate with key constituencies during 2023 in those three critical states about his administration’s work.

Biden carried Pennsylvania, Wisconsin and Michigan in 2020 but he can’t take them for granted. They swung for Republican Donald Trump in 2016 after helping elect President Barack Obama in 2008 and 2012.

“That’s an obvious target,” said Brad Bannon, a pollster for Democrats, progressive issue groups and labor unions. “If we Democrats, or Biden running for reelection, can maintain the big blue wall, Midwest wall, he’ll be in fine shape in terms of reelection.”

Hillary Clinton barely campaigned in those three states after the primaries in 2016 and “she paid the price,” he said. Biden, meanwhile, didn’t win those states by a lot, he said, “so they’re worth the effort.”

Bannon added that Unite the Country should consider expanding its map to include Arizona and Georgia, states where Biden was the first Democrat to win in a presidential election since the 1990s. Democrats performed well there in the 2022 midterm elections, as well.

“Used to be, the industrial Midwest was the be-all and end-all of presidential elections,” he said. “Democrats have extended their range.”

Unite the Country is likely to be one in a constellation of super PACS and “dark money” nonprofits that  — if Election 2020 is a guide — will mobilize to support a Biden re-election effort.

The super PAC plans to target independents, college-educated men and women, young voters in select markets, and women who vote differently from the rest of their households, with messaging on a combination of platforms — cable, digital, radio, broadcast television, and streaming, Loveday said.

“We want to spend 2023 truly laying that groundwork for what he’s achieved, why it matters to the average American and the average voter before … the loud noise comes around,” Loveday said.

Biden’s approval ratings have ticked up slightly since the midterm elections, but they still remain underwater. Most Democrats and Democratic-leaning independents (59%) want to see someone other than Biden as their party’s 2024 presidential nominee, just as 62% of Republicans and Republican-leaning independents want to nominate someone other than Trump, according to a CNN poll.

Similar polling by CNBC found Biden’s age is a major reason why many voters think he shouldn’t run. He turned 80 in November, making him the first octogenarian in office.

Loveday said she’s less concerned about polling at this stage than making sure voters understand how the administration is benefiting them. While the PAC plans to highlight Biden’s campaign message and bipartisan support, it will not address his age.

“I don’t think we have to discuss his age or anyone’s age for that matter,” she said. “I think people will vote based on their political views and the way they feel this administration affecting their families, their pocketbook, their kitchen table.”

Unite the Country launched in 2019 and supported Biden through the Democratic presidential primary campaign, communicating on his behalf in New Hampshire, Nevada, and South Carolina. They also worked in several states in the general election, spending $49 million during the 2019-2020 election cycle and partnering with other organizations on joint messaging.

They spent about $6 million through November during the 2022 election cycle, with a focus on Michigan, Wisconsin, Pennsylvania, and Arizona.

Although super PACs can spend unlimited funds to support or oppose candidates, their spending must not be coordinated with candidates they support. Loveday said she hasn’t discussed Biden’s plans with him, but she has “full confidence” that he will run in 2024.

“I think he realizes that he is who can lead us into the future and into this new generation of leaders,” she said. 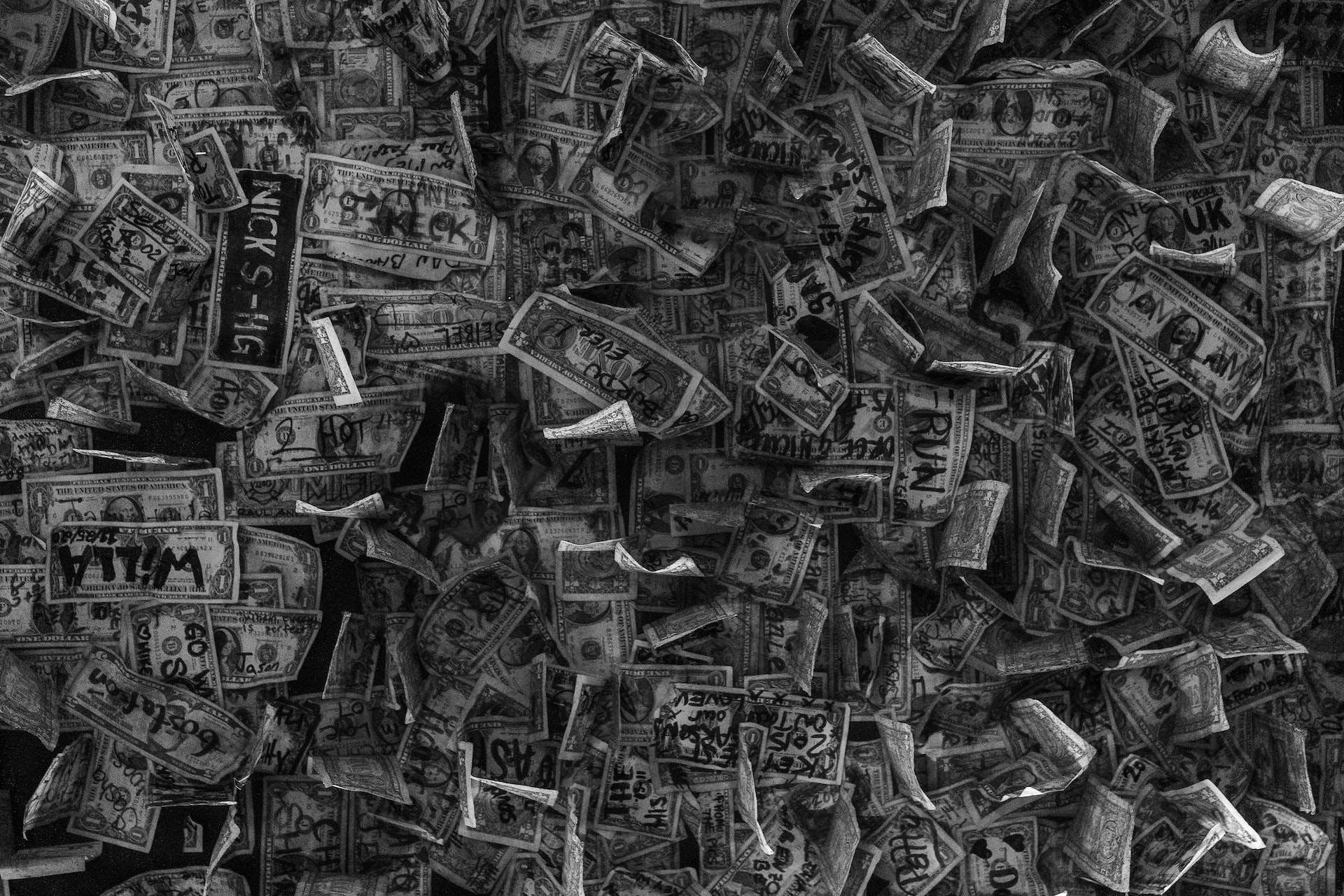 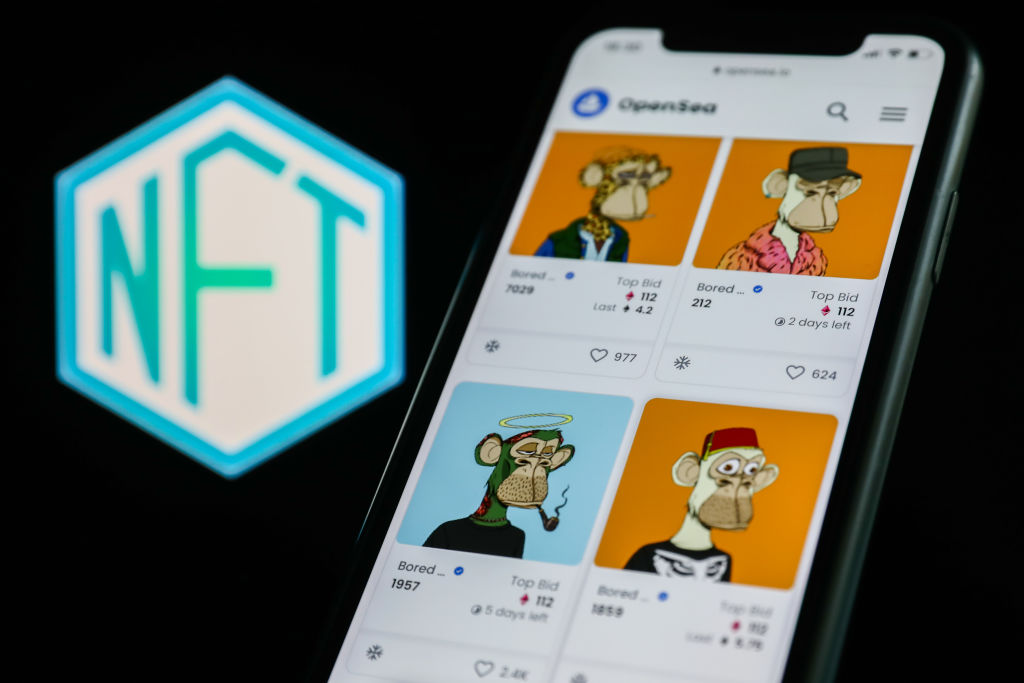 Can OpenSea Ever ‘Fix’ The Royalties Problem?