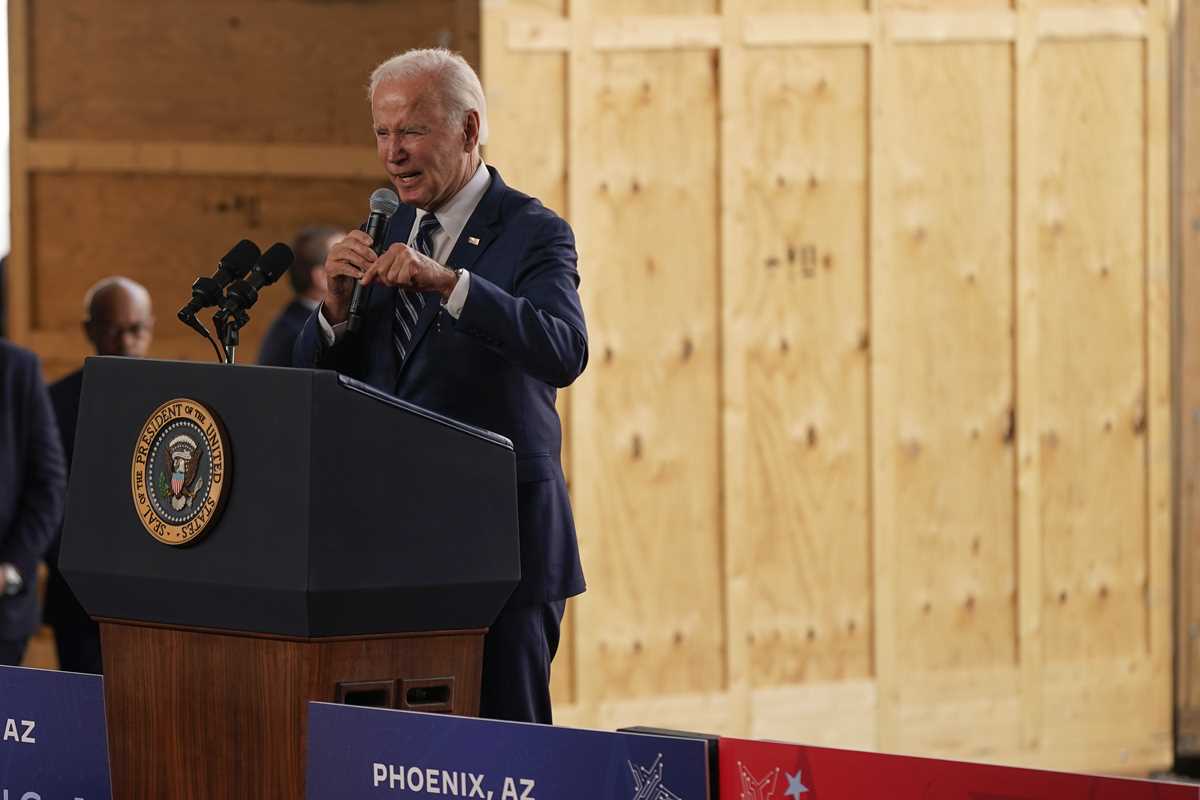 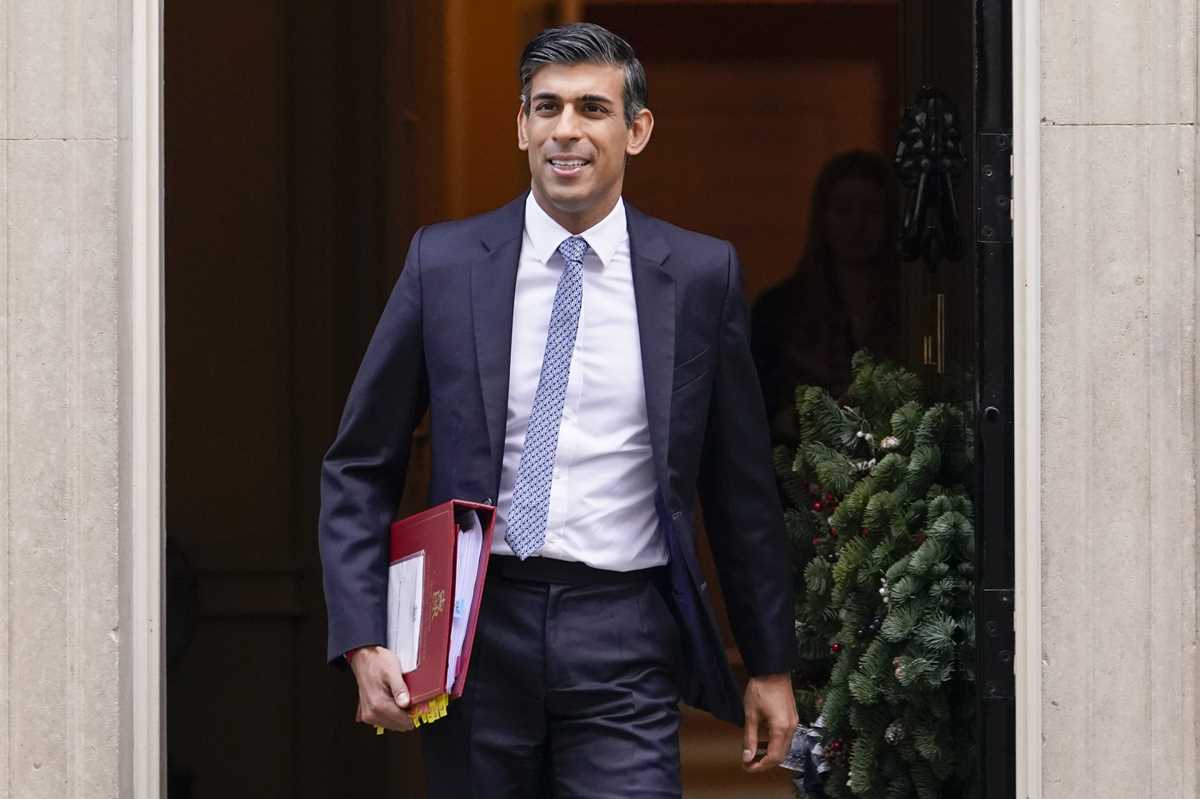 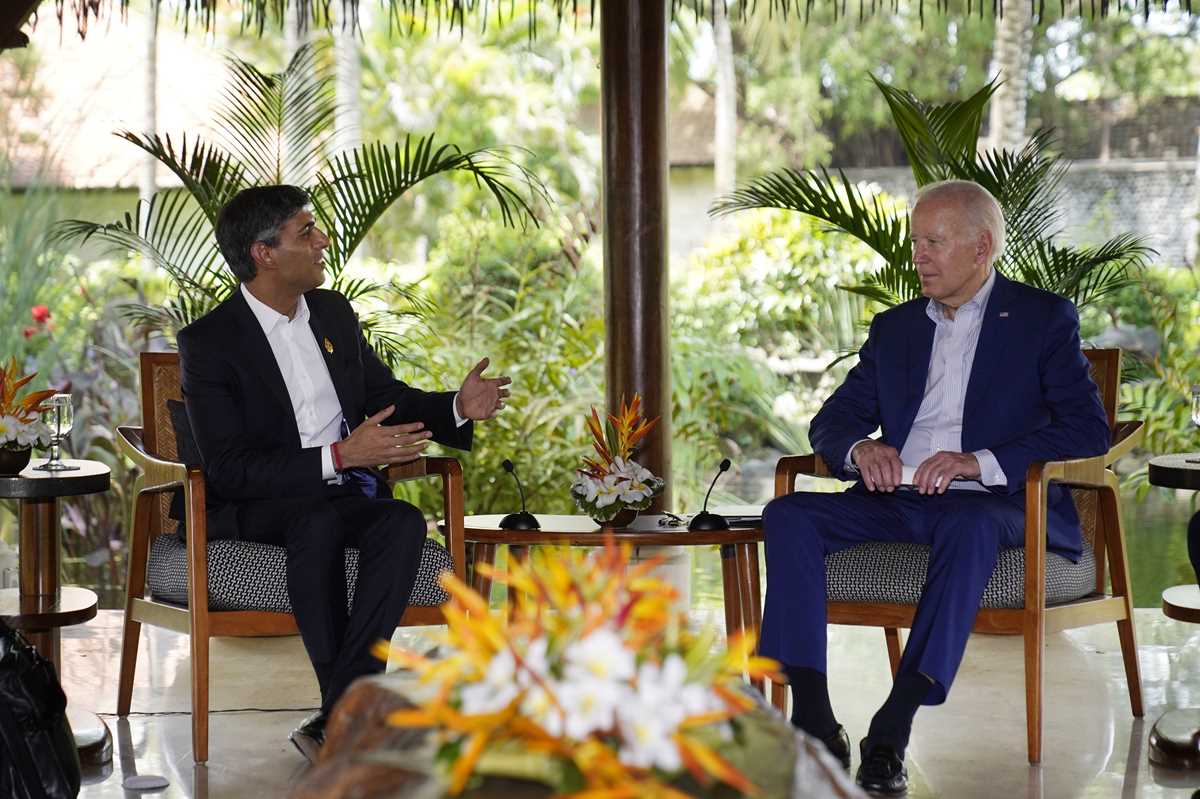 U.S. President Joe Biden, right, listens to British Prime Minister Rishi Sunak during a meeting on the sidelines of the G20 summit meeting, Nov. 16, 2022, in Nusa Dua, Bali, Indonesia. In his first month as Britain’s prime minister, Sunak has stabilized the economy, reassured allies from Washington to Kyiv and even soothed the European Union after years of sparring between Britain and the bloc. But Sunak’s challenges are just beginning. He is facing a stagnating economy, a cost-of-living crisis – and a Conservative Party that is fractious and increasingly unpopular after 12 years in power. (AP Photo/Alex Brandon, File)

WASHINGTON (AP) — The United States will increase exports of liquefied natural gas to Britain under a new agreement calling for the two countries to work together to boost energy security and drive down prices following Russia’s invasion of Ukraine.

Under the deal, the U.S. pledged to export at least 9 billion to 10 billion cubic meters of liquefied natural gas, or LNG, over the next year via U.K. terminals — more than double the amount exported in 2021. U.S. gas exports to Europe have sharply increased following Russia’s invasion of Ukraine in February. The new commitment “will be good for both U.K. and European partners as we look to replenish gas storage next year,” the White House and prime minister’s office said in a statement.

“During this global energy crisis brought on by Russia’s illegal invasion of Ukraine, it is more important than ever for allied countries to deepen their cooperation to ensure resilient international systems which reflect our shared values,” Biden and Sunak said in a joint statement.

Working with allies, the United States and United Kingdom “commit to intensify our collaboration to support international energy security, affordability and sustainability, as Europe reduces its dependence on Russian energy,” the leaders said.

The effort comes after the Group of Seven major industrial nations, the European Union and Australia last week adopted a $60-per-barrel price cap on Russian oil, meant to both prevent price spikes and starve Russian President Vladimir Putin of funding for his war in Ukraine.

Assistant U.S. Treasury Secretary Elizabeth Rosenberg said Tuesday that Russia’s invasion of Ukraine “created the uncertainty that drove the price of oil up” from a pre-invasion average of $70 per barrel to a high of more than $140 per barrel.

As a result, “Russia has reaped a windfall from elevated oil prices — which has enabled it to fund brutal military operations and sustain its illegal and unjust war against Ukraine, all while the rest of the world bears the costs of higher energy prices,” she said. The price cap policy is designed to “limit Russia’s ability to profit from its aggression, while promoting global energy stability by keeping Russian oil on the market,” Rosenberg said at an anti-corruption conference.

The discounted price went into effect Monday, timed to an EU embargo on Russian oil shipped by sea and a ban on insurance for those supplies. The price cap, which was led by the G-7 wealthy democracies, aims to prevent a sudden loss of Russian oil that could lead to a new surge in energy prices and further fuel inflation.

In their bilateral agreement, the U.S. and British governments pledged to work “proactively” to identify and resolve any issues faced by exporters and importers, while also working to reduce global reliance on Russian energy.

The two countries also will seek to expedite development of so-called clean hydrogen derived from natural gas and renewable sources, as well as promote nuclear power as a secure energy source. 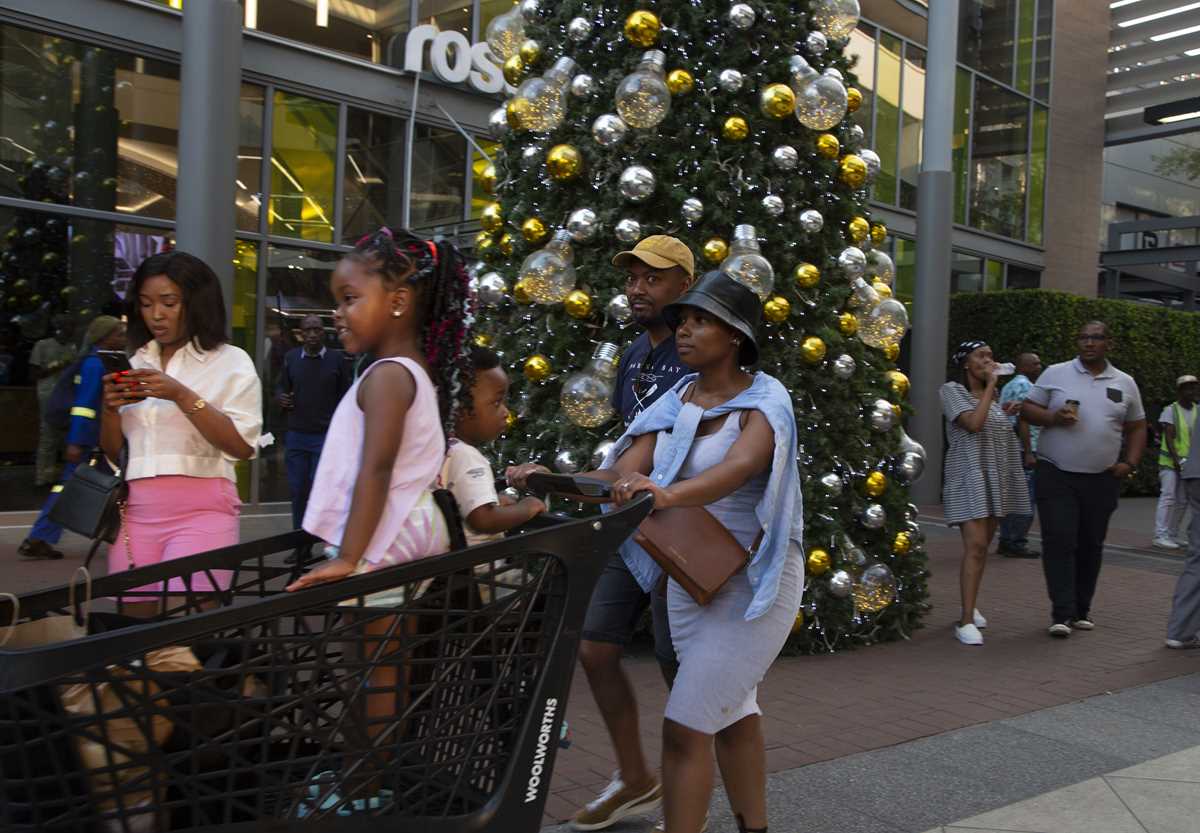