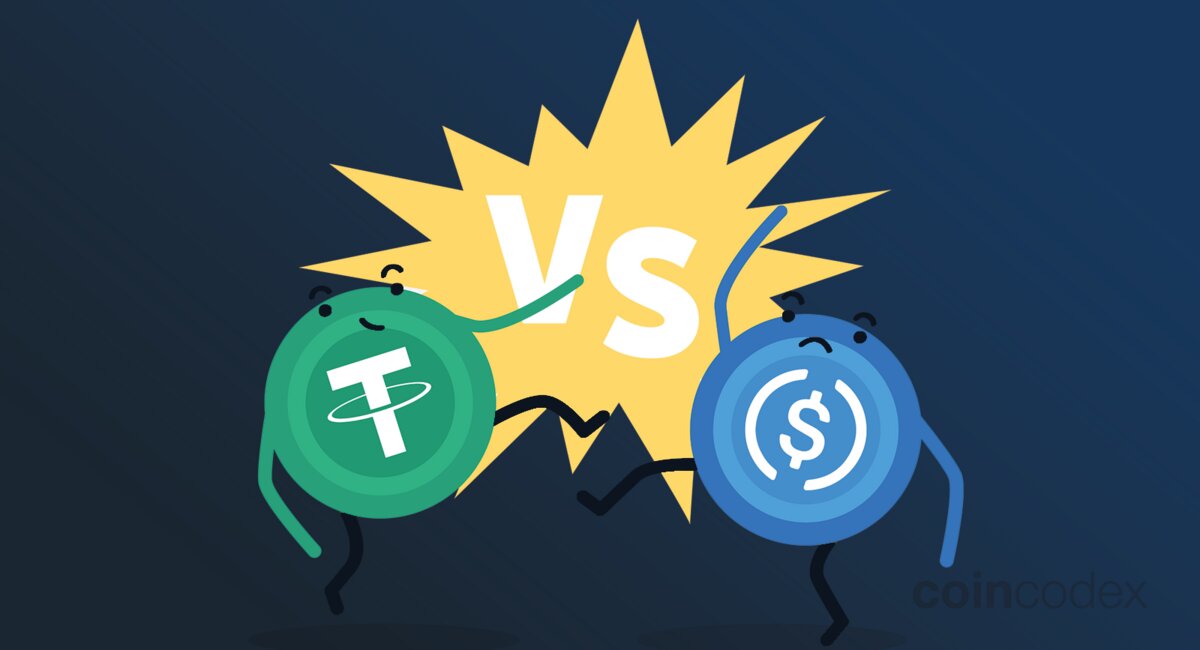 The modern crypto market landscape is difficult to imagine without stablecoins. These blockchain-based tokens with a stable value are tied to fiat currency and allow users to easily hold and transfer value among different crypto platforms without being exposed to the price volatility of regular crypto assets like Bitcoin and Ethereum.

The two largest and most popular stablecoins on the market today are Tether USD (USDT) and USD Coin (USDC). Functionally, these two stablecoins are very similar—they both use a model where tokens in circulation are backed by equivalent reserves, and they are both designed to be valued as closely to $1 as possible. However, there are also some important differences between the two. In this article, we’ll be comparing USDT vs USDC to help you decide which stablecoin is right for you.

Tether USD (USDT) is one of the first stablecoins to ever be launched, and it has been the largest stablecoin by market capitalization ever since. USDT was initially launched in late 2014 by a company called Tether. Sometimes, crypto community members use the terms “Tether” and “USDT” interchangeably to describe the stablecoin.

The purpose of USDT is to maintain a price as close to $1 as possible at all times. The USDT stablecoin is based on a simple model. Customers can send money to Tether, which issues an equivalent amount of USDT stablecoins. On the other side of the equation, Tether gives customers the ability to redeem USDT tokens for US dollars on a 1:1 basis. Tether claims it has sufficient reserves to back every USDT in circulation, although this claim has been disputed by critics at times.

It’s worth noting that most cryptocurrency users will likely never have to deal directly with Tether to mint or redeem USDT stablecoins. Instead, most people will simply trade with USDT on cryptocurrency exchanges, using it as a tokenized representation of the US dollar.

USDT was first issued on Omni Layer, a protocol built on top of the Bitcoin blockchain that allows developers to create custom tokens. Later, Tether also began issuing USDT on the Ethereum blockchain, as well as other platforms such as TRON, Solana and many more. 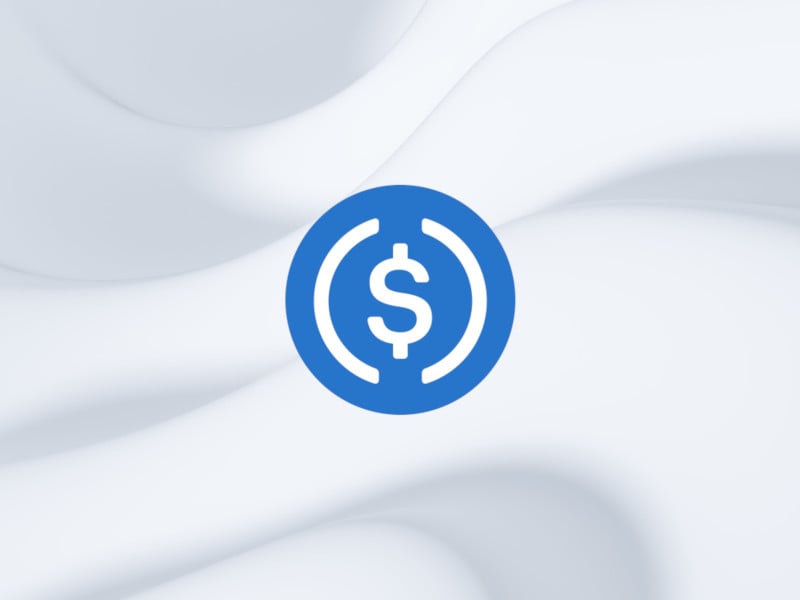 USD Coin (USDC) is a stablecoin launched in 2018 by Centre, a consortium founded by Circle and the Coinbase cryptocurrency exchange. In practice, however, USDC is most commonly associated with Circle, and the company also develops a suite of payments solutions leveraging USDC.

USD Coin was part of a wave of new stablecoins that tried to capitalize on concerns about Tether’s lack of transparency. This wave of stablecoins also included stablecoins such as Paxos Standard Token (now known as Pax Dollar), Gemini Dollar and True USD. So far, USD Coin has been the most successful of the bunch by far.

In terms of overall design, USDC is very similar to USDT. USDC is also designed to trade as close to $1 as possible, and is backed by reserves held by its issuer. Customers can send US dollars to an USDC issuer such as Circle, which will mint an equivalent amount of USDC tokens. Circle also allows customers to redeem USDC for US dollars on a 1:1 basis.

As of December 2022, the reserves backing USD Coin consist of cash and short-duration U.S. Treasuries. Ever since the launch of USD Coin, Circle has been publishing monthly attestations provided by Grant Thornton LLP to demonstrate that it holds sufficient reserves to back all USDC tokens in circulation. This was one of the main ways in which USDC attempted to outcompete USDT, which was lacking in transparency (although Tether has made some improvements in this regard).

USDC was initially launched on Ethereum, but is now also supported on a number of other blockchain platforms including Algorand, Solana, Stellar and several others.

USDT vs USDC: Which is better?

Tether has been the subject of controversy

In terms of longevity, USDT is in the lead, as it has been around for roughly 4 years longer than USDC. Even though USDT has maintained its $1 peg for the vast majority of its existence, we have to mention that it has also had its fair share of controversy. Critics have accused Tether of not adequately disclosing the composition of its reserves, and questioned whether the company really has enough reserves to be able to redeem every USDT token in circulation.

Tether is closely associated with the Bitfinex cryptocurrency exchange, as the two companies share several high-ranking executives. Between April 2019 and February 2021, Tether and Bitfinex were entangled in a legal battle with the New York Attorney General’s office over allegations that Tether used funds which were supposed to be backing USDT to cover a $850 million loss suffered by Bitfinex.

The case eventually ended with a settlement in which Tether and Bitfinex admitted no wrongdoing, but paid $18.5 million in penalties. Tether agreed to publicly disclose the makeup of the reserves backing the USDT stablecoin, and both Bitfinex and Tether agreed to produce quarterly reports demonstrating the segregation of corporate and client accounts, transfers of assets between the two companies and more.

Currently, Tether publishes consolidated reserves reports on a quarterly basis, which are performed by BDO Italia. On the Tether website, users can also view a breakdown of the reserves backing Tether.

USDC has been much less controversial. Since the USD Coin launch in 2018, Circle has been publishing monthly attestations from Grant Thornton LLP to show that they have sufficient reserves to back every USDC token in circulation.

It’s also worth noting that the reserves backing USDC are a lot less complex than USDT’s reserves. The USDC reserves have consisted of just cash and short-duration U.S. Treasuries since September 2021 (they previously also included commercial paper and corporate bonds). Meanwhile, USDT’s reserve breakdown contains a much broader range of assets—this can be interpreted as higher risk or better diversification, depending on your perspective.

When it comes to stablecoins, users tend to put an emphasis on reliability and trustworthiness. This has become even more apparent In 2022, when the crypto community was rocked by two major collapses. When it comes to USDC vs Tether, USDC is probably the safer bet given Tether’s controversial history.

In May 2022, the Terra ecosystem, which was designed specifically to support algorithmic stablecoins like UST, collapsed in a dramatic fashion due to its unsustainable economic design. In a matter of days, the value of the system’s native token LUNA and its stablecoins like UST was reduced to practically zero, causing billions of dollars in losses for investors.

In November 2022, the FTX cryptocurrency exchange suffered a bank run after reports and rumors about the exchange’s insolvency began circulating. As it turned out, the fears were justified, as FTX did not have enough funds on hand to honor all withdrawal requests, and the exchange filed for bankruptcy shortly after.

These two incidents, as well as a series of bankruptcies in the crypto lending industry, significantly shook the confidence users had in the crypto industry. This was especially relevant for centralized cryptocurrency businesses where users deposit their crypto and trust the business to safeguard their funds.

Stablecoins in the vein of USDC and USDT are also fundamentally built on trust. Users that hold these stablecoins trust that the issuers of the stablecoin have sufficient reserves to back every token in circulation.

Alternatives to USDT and USDC

If you’re looking for an alternative to centralized stablecoins like USDC and USDT, the best option to consider would be overcollateralized crypto-backed stablecoins, the most prominent example of which is DAI. Multi-collateral DAI is backed by a diverse range of assets (including USDC), and its issuance and redemptions are performed fully on-chain through smart contracts.

This provides a practically unmatched level of transparency, although users need to be aware that stablecoins like DAI can be vulnerable to extreme crypto market movements in which the price of the assets backing the stablecoin drops significantly.

Given what happened with Terra, it’s probably best to avoid “algorithmic” stablecoins, which aren’t (fully) backed by any assets but instead use mechanisms like adjusting the supply in order to keep their price close to the targeted peg.

If you’re looking for an alternative to USDC and USDT that follows a similar centralized model, the best option is likely Binance USD (BUSD). The BUSD stablecoin is issued by Paxos and regulated by the New York State Department of Financial Services (NYDFS). Similarly to USDC, you can also find monthly attestation reports for the reserves backing BUSD.

Now, let’s answer some of the most commonly asked questions that users have on the topic of USDT vs USDC.

Is USDC better than USDT?

USDC is not significantly better than USDT, although some users prefer it because it’s perceived as safer. The two tokens both follow a similar centralized stablecoin model, although there are substantial differences in the reserves that are backing each respective token.

Are USDT and USDC the same?

Even though the USDT and USDC stablecoins are very similar in design and both target a $1 peg, they are not the same. USDT is issued by Tether, while USDC is issued by members of the CENTRE consortium, primarily Circle.

Can you lose money with USDC?

Yes, it is possible to lose money with USDC. Even though USDC is designed to trade at $1, it’s possible that the market loses confidence in the ability of Circle and other USDC issuers to redeem USDC tokens to USD on a 1:1 basis. In such a scenario, the price of USDC would likely drop below $1. You can also lose money if you lose your USDC tokens, for example by sending them to the wrong address.

Is USDC safe to hold?

USDC is usually seen as one of the safer stablecoins on the market today, and Circle publishes monthly attestations showing that they have sufficient reserves to cover all USDC tokens. However, users have to be aware that USDC is a centralized stablecoin, and its value depends on the ability of Circle and other USDC issuers to maintain their ability to redeem USDC to the US dollar.

Is Tether safer than USDC?

Tether is generally not considered as safer than USDC. This is because Tether has been the target of criticism regarding its transparency, and was also involved in a legal battle with the New York Attorney General’s office which ended in a settlement and $18.5 million in penalties. Comparatively, USDC has been much less controversial. 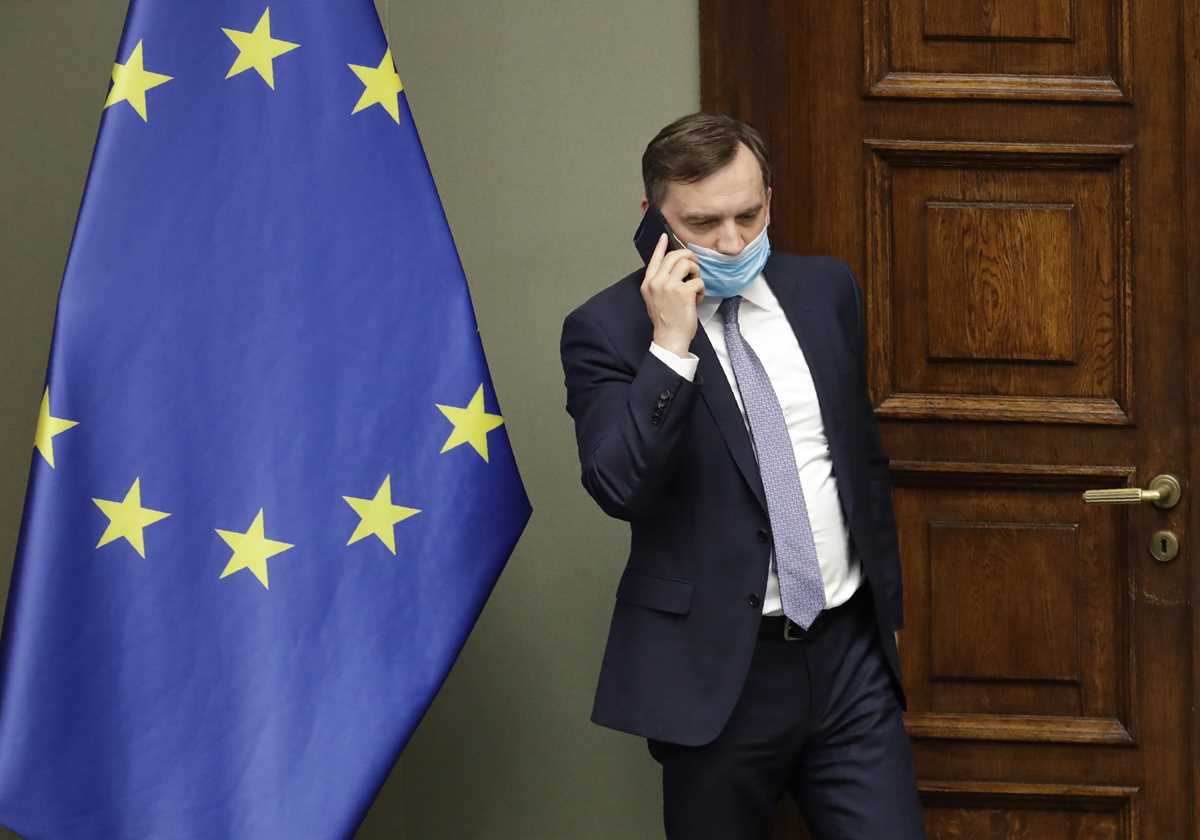 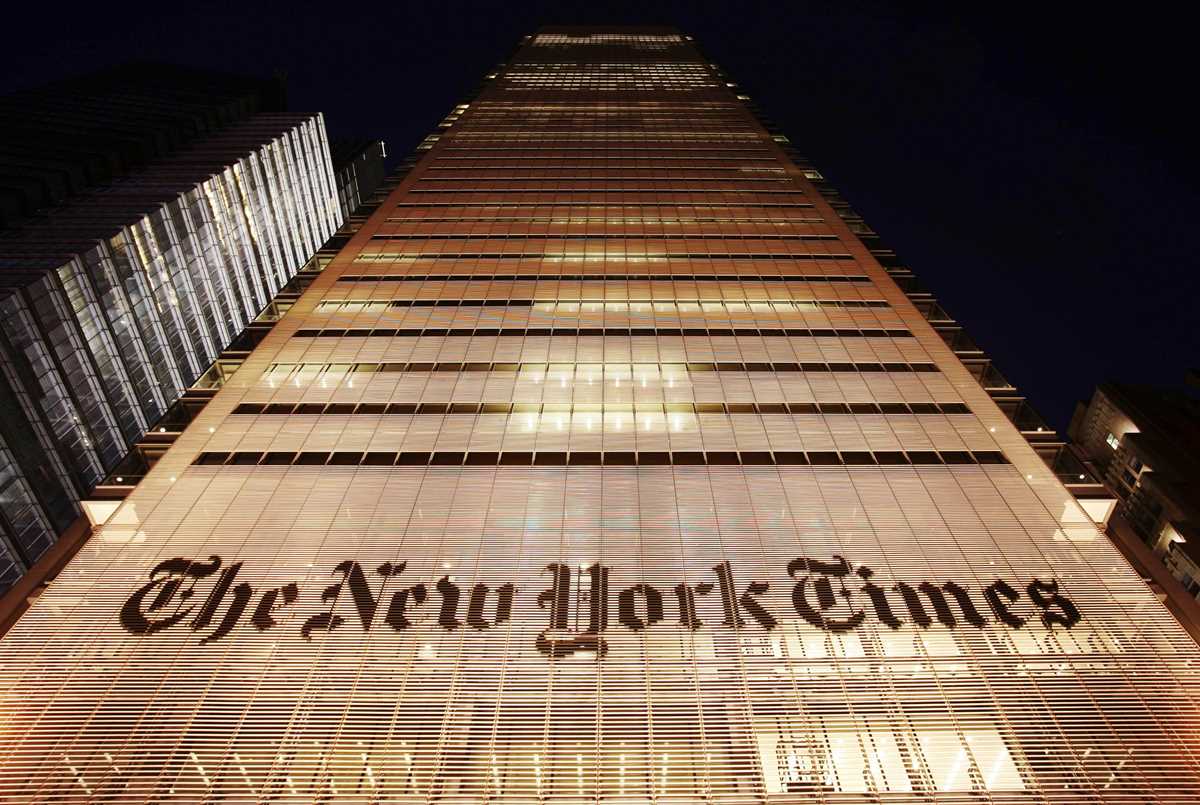 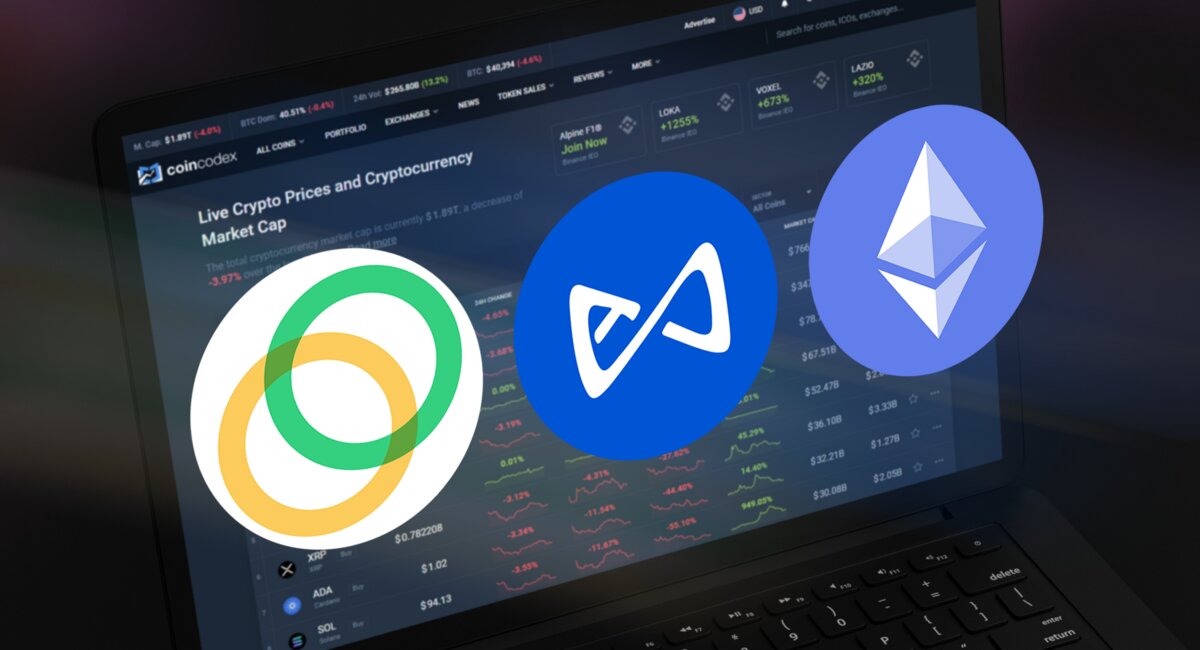